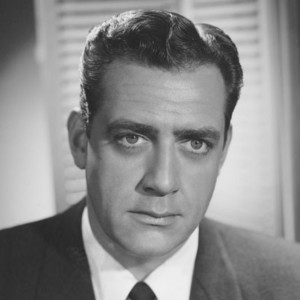 Canadian-born actor Raymond Burr moved as a boy to California, which became his permanent home. Details about his early life are a bit hazy: Burr was a fabulist, and recounted contradictory and sometimes outright false stories about his background, many of which were repeated uncritically by news outlets and biographers. He was apparently an indifferent student and may have dropped out of school at 13 to work at radio station KQW (now KCBS). His Willard student record has disappeared, possibly “borrowed” some years ago by a woman who claimed to be working on a Burr biography. But we know he was at Willard in 1932; the student “Jokes” section of that year’s Target describes “Raymond Burr, piping up from the rear” of the classroom.