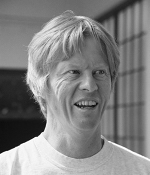 Tim Moellering loved teaching, sports, music, and wisecracks. Evidence of his dry sense of humor is found in Willard yearbooks, with quotes such as “Those who forget history are condemned to repeat it… next semester.” The longtime history teacher and coach was a passionate fan of the San Francisco Giants and the Cal Bears and never missed a chance to boost his alma mater, UC Berkeley. In 2010, appearing as a witness on the TV show “Judge Mathis” in a case involving a dispute between Stanford students, he quipped: “Well, you know, common sense is something I am afflicted with because I didn’t go to Stanford, I went to Cal.” After 20 years at Willard, Moellering moved in 2004 to Berkeley High, where students started “The Moellering Appreciation Society,” a Facebook group that featured, among other things, a video of Moellering singing along to Merle Haggard’s “Okie from Muskogee” in U.S. History class.

Another one of Moellering’s sayings was “There are no bad kids, only bad situations.” During nearly 30 years as a Berkeley teacher and coach, he touched innumerable students with his kindness and integrity. He often seemed able to connect with kids that no one else could reach. “Among his greatest talents was the ability to listen and to relate to people of all types,” wrote his friend and former Willard colleague Richard Hourula. “Berkeley celebrates its diversity. He lived it.”

Probably no student felt Moellering’s influence more than Santiago Rizzo. When Rizzo started at Willard in the mid-1990s, his home life was troubled and he was acting out. “I was on the road to expulsion,” he said. “I had been arrested several times, had been in juvenile hall for a night, and was about to get put on probation.” Rizzo attached himself to Moellering because he wanted to play sports; over time, the two developed a close relationship and eventually Rizzo and his younger brother, Patrick, moved in with Moellering, whom the boys came to look upon as a father.

In 2010, when he learned Moellering was dying of pancreatic cancer, Santiago Rizzo quit his job on Wall Street and moved back to Berkeley to help care for his mentor. They bought a house together, at Moellering’s insistence (he wanted Santiago to have a place to live after he was gone). In Moellering’s final months, they discussed his idea of writing a book based on their relationship. Rizzo suggested it could be a movie instead. Together Rizzo and Santiago wrote the first draft of what would become “Quest,” a screenplay about an inspiring teacher who helps a troubled kid turn his life around. Rizzo dedicated the next several years to getting the movie produced, eventually selling his Berkeley home to finance it. He assembled a cast that included Lou Diamond Phillips, Betsy Brandt, and Dash Mihok and began filming in the summer of 2015 on the Willard campus. The movie is now in post-production and will hopefully be released within the year.

Moellering had an impact on thousands of lives. Over the years, his list of “Ten Rules to Live By” was a favorite that could be found in homes all over Berkeley. “He didn’t preach it; Tim just was that,” says Rizzo. “He just lived it.” In the days following his death on January 18, 2011, students paid tributes to Moellering in Facebook posts and elsewhere. “Putting one in the air in memory of Tim Moellering, the only teacher whose class I couldn’t convince myself to skip,” wrote one student. “He changed my life forever,” wrote another. Hundreds showed up to honor him at two memorials, one held at Willard and the other at BHS. Two years after his death, Moellering’s longtime dream of establishing a Berkeley High baseball field was realized when Moellering Field was dedicated in September 2013. A portion of Moellering’s ashes are interred in the field, where it is hoped boys and girls will live out their dreams for years to come.